Why did Rachel come to us?

Rachel, in her early 50s, had recently divorced and her finances were in a state of flux and unmatched to her life in general.

Rachel has not looked after her own financial planning since being married, as her ex-husband was the financial controller in their marriage. Following her divorce, Rachel was understandably fearful and uncertain as to what the future held for her, would she have enough money to be secure for the rest of her life and could she and her son, James, still do all of the things in life they wished for.

How did we help?

In common with many of our clients Rachel was referred to us by her solicitor.

The sharing order granted by the court, and her own pensions, left Rachel with several issues to solve, in addition to being unsure of where she was heading, financially speaking at least.

We used the financial life planning EVOKE Process (Exploration, Vision, Obstacles, Knowledge, Execution) which ultimately allowed us to put a long term plan in place, which will allow Rachel to organise her life in such a way that she can be there for James, as he approaches his GCSE’s. This will not only mean that she can give James the best chance at a successful start to life, it will also give Rachel precious time with her son, before he reaches an age where perhaps spending too much time with mom isn’t cool anymore.

What has changed in Rachel’s life?

By organising her life, to be able to fulfil her objectives, Rachel can spend precious time with James now, without being affected by financial worry.

Rachel has also been able to include many other things in her plan, which she had not known previously would be possible; in short, Rachel now has choices.

The EVOKE process and our financial planning enabled Rachel to cut through the financial fog following her divorce, understand where she was and have confidence that she can be where she wants to be, long term. 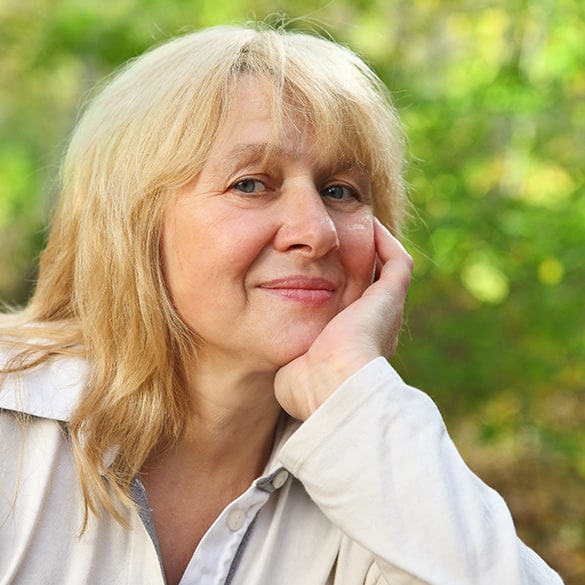 
I feel your overall service has been most helpful, comprehensive and in my best interest. You always give clear guidance to the reason behind things and have made sure I'm on the right track and I know you are always at the other end of the phone should I need any help. I'm very happy with the service you provide, and look forward to continuing on track for the future. Elizabeth Osborn - Birmingham

You advise us on the optimisation of savings, investments and pensions guided by a sensitive awareness of our attitude to risk i.e. good, sensible, professional advice on the options available and their hidden and often unsuspected complexities/opportunities. Similarly, provide sound guidance on inheritance and general financial planning based on astute and sympathetic appreciation of our family circumstances. Exhibit easy approachability and patient tolerance of the questions of the financial layman. You give us great confidence and peace of mind that we are receiving advice based on professional competence, genuine concern for client care and, most important of all, personal integrity. Ed & Margaret Swatman, Rolleston On Dove

I thoroughly enjoyed our conversation and was impressed with your industry leading wealth management business. Thanks for sharing your feedback and the details of your wealth management process. Gregory J. Stark - MD at Russell Investments EMEA

I find your service exceptional and I was pleased that you took me on as one of your clients, I have no complaints to make as you are very informative at our meetings and explain everything in good detail, which makes it easier for me. Thanks for everything. Trevor Gallier - Walsall

Very clear explanations and patience with my ignorance/stupid questions. I feel much much more comfortable about my finances since using your services. Dr Una O’Sullivan - Egham

Over the past 22 years, I have worked with over 2,000 advisory teams in the UK, US and Canada. Most of these teams recognize their importance in helping clients achieve their financial vision. Those who are successful in serving this purpose create engaged clients and implement a referable service model. Common Sense Financial Planning’s ability to implement ranks among the best of those I have worked with. Steve Moore - President Moore Solutions